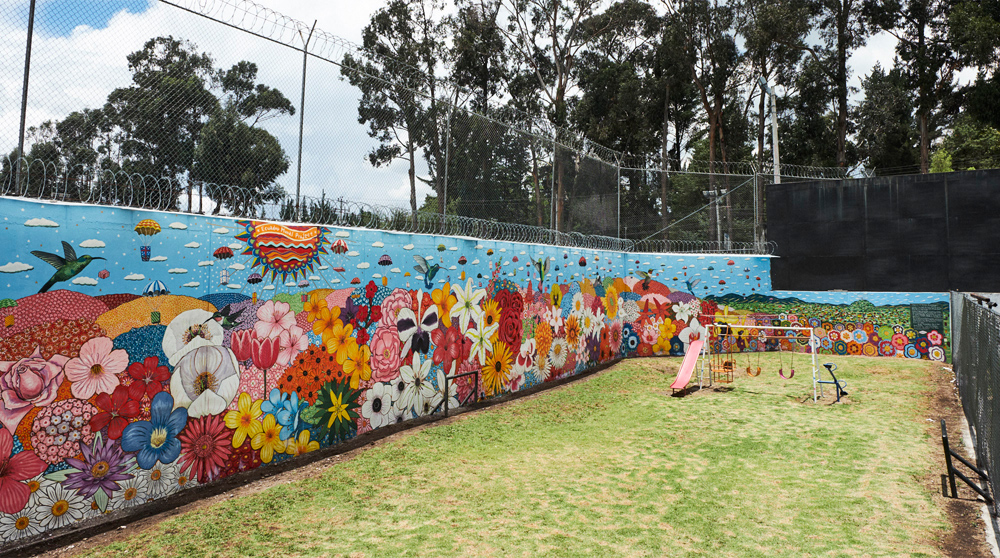 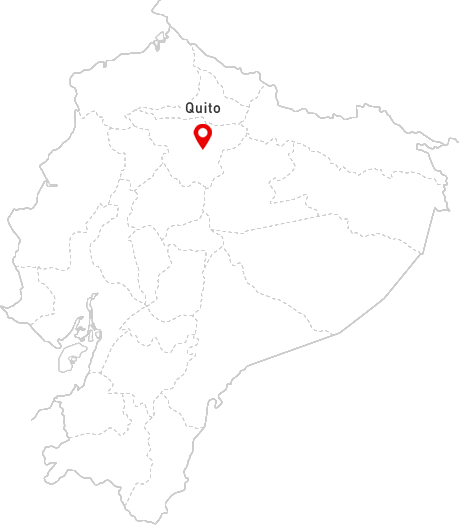 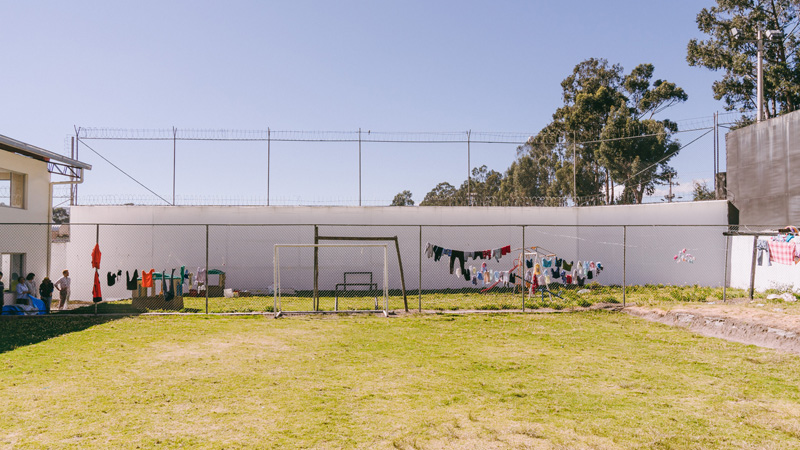 Currently there are 60 inmates serving sentences at the Centro de Rehabilitación Femenino, a rehabilitation center for women in Quitumbe, in the Ecuador capital of Quito. Inside this center’s walls is a facility for children of the inmates where 40 babies and young children, who have no-one else to care for them, reside with their mothers. This bright, cheerful mural was created together with the mothers and the children so that the children living in the closed environment of the rehabilitation center can have some positive memories of their childhood, while the women can think positively towards re-entering society. In addition, as 2018 is the 100th anniversary of Japan-Ecuador diplomatic relations, this project was included as one of the commemoration projects. 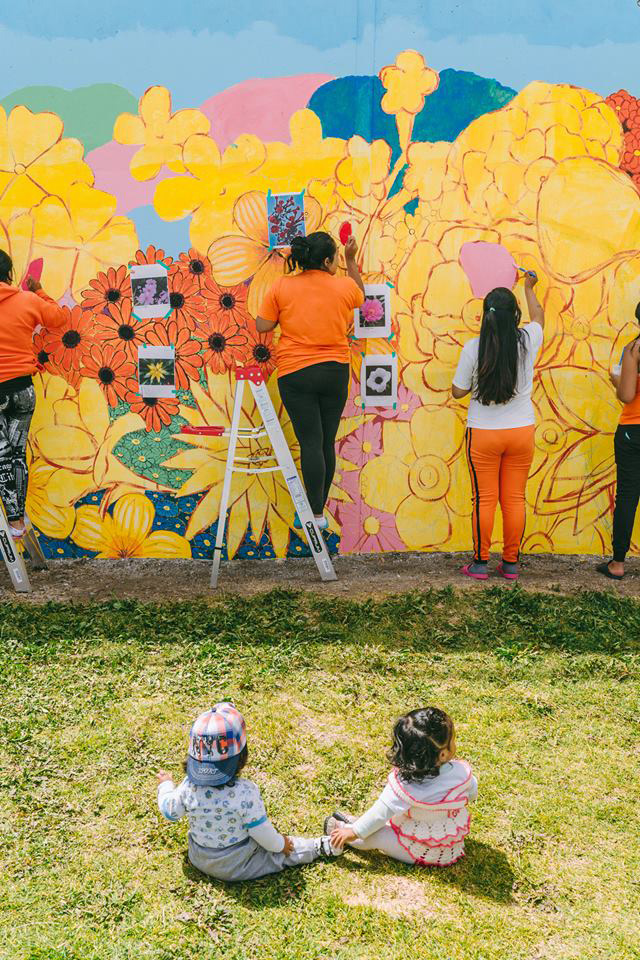 Mural ThemeFlight of the Hummingbird

The chosen theme for this mural was the well-known Ecuador indigenous folktale The Flight of the Hummingbird. The story tells of a forest on fire and a hummingbird picking up single drops of water in its beak and letting them fall on the fire. The other animals in the forest asked what good that would do and the hummingbird replied “I’m just doing what I can do”.
The women inmates each drew a flower that had special meaning to them, filling a whole wall with colorful flowers and hummingbirds that hover around delivering presents. This mural was created with the hope that happiness will come to all the people at this rehabilitation center. 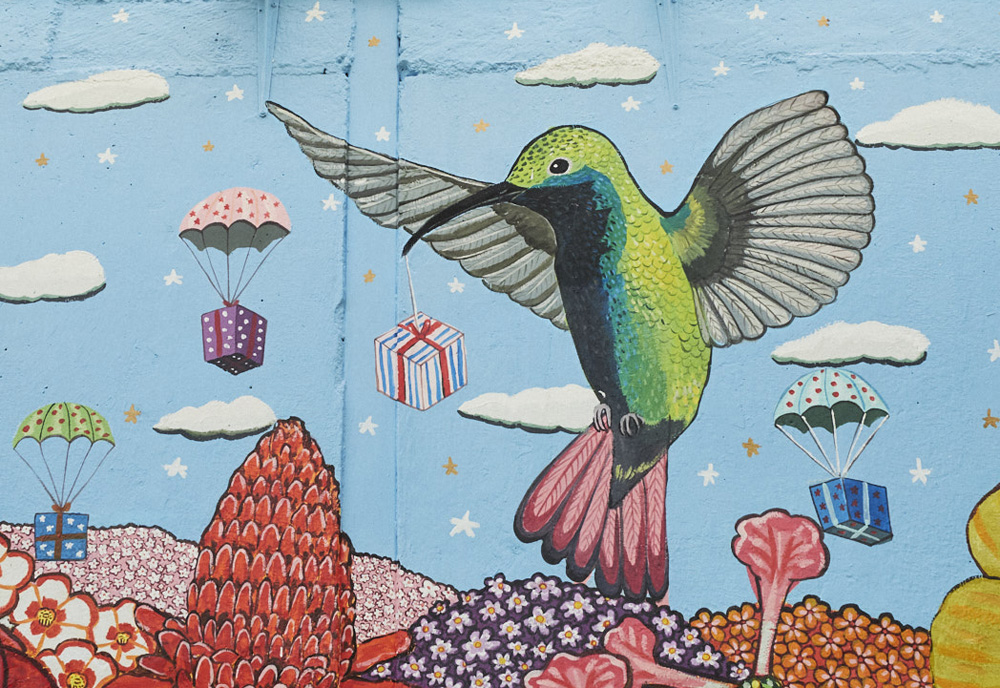 Over the Wall painted a bus to commemorate 100 years of Japan-Ecuador diplomatic relations. The bus, kindly donated by Isuzu Motors Ltd, was painted together with the children of the NGO Plan International at a Japanese festival. It will be used as a means of transportation for children of low income families through General Motors Ecuador. 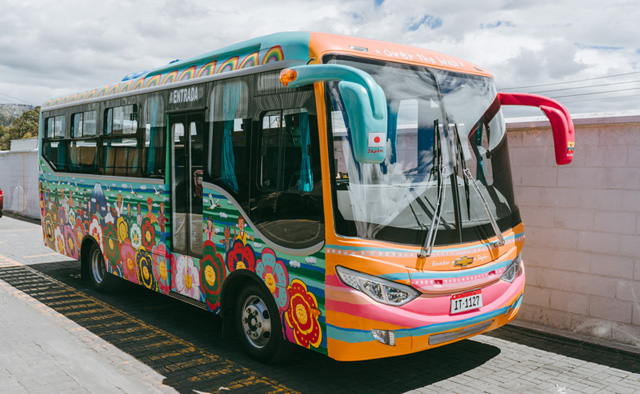 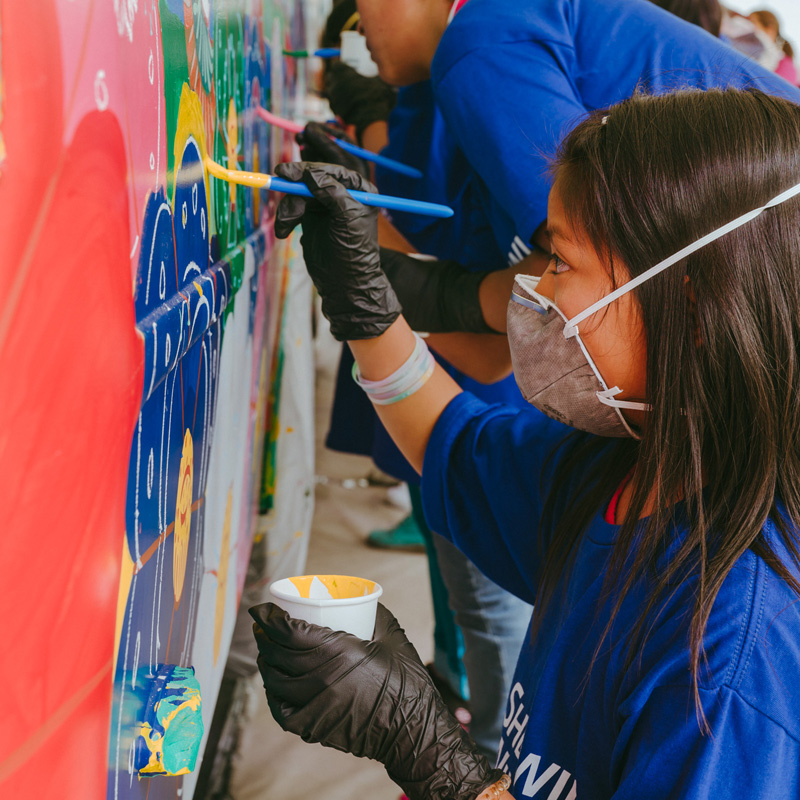 Workshops, using materials kindly provided by Sakura Color Products Corporation, were held for the children (0-3 years old) of the women at the Centro de Rehabilitación Femenino women’s rehabilitation center. The children painted pictures of their mothers’ faces with guidance from Miyazaki Kensuke. At the workshops held in the town of Jaramijo on the Pacific Coast, children used acrylic paints to express themselves freely and those who drew particularly exceptional works received awards. 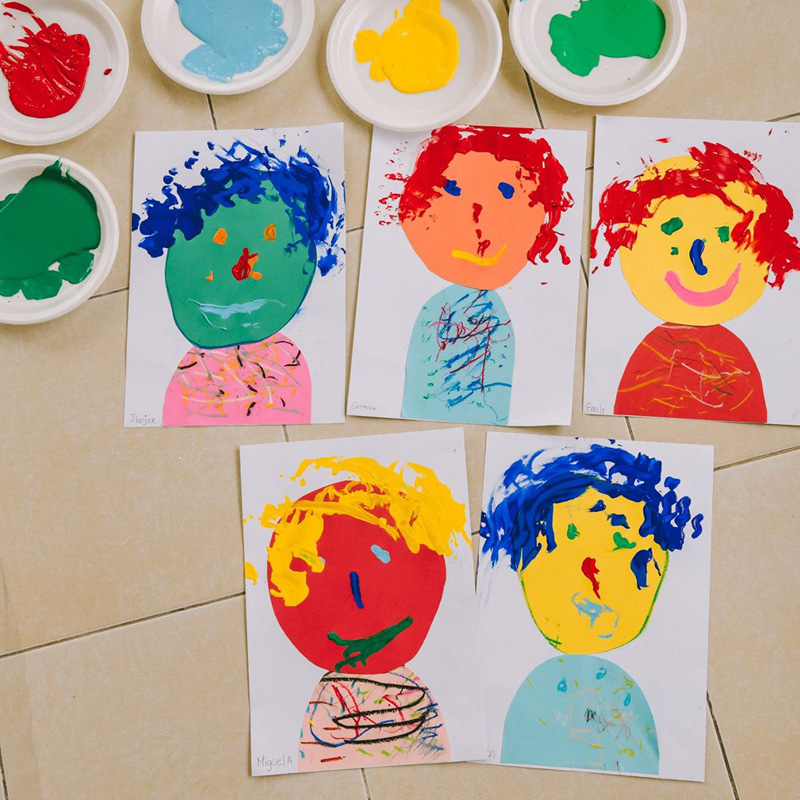 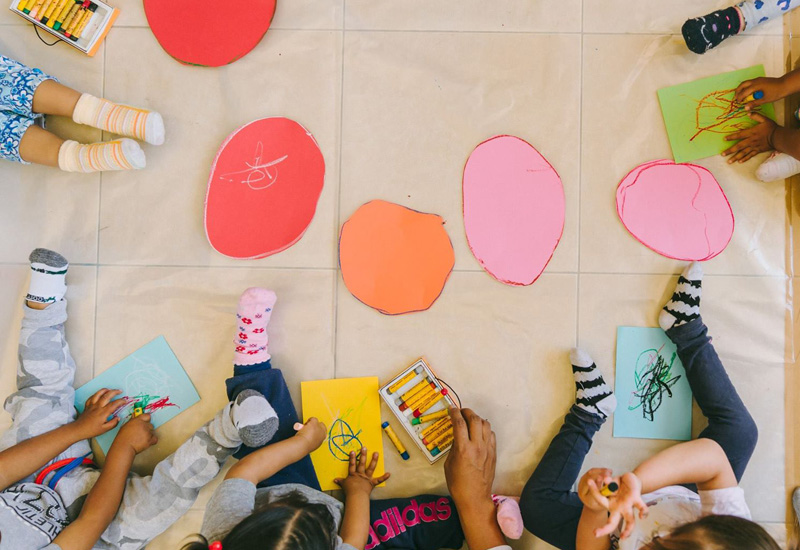 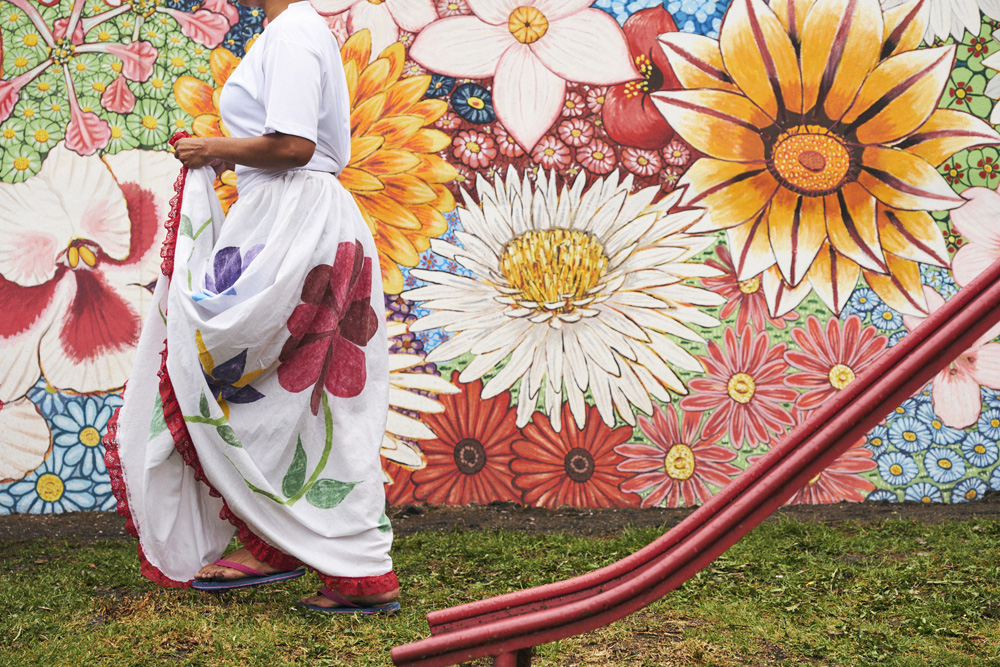 Art based on the theme ‘Fireworks’, aimed as a testament to those who lost their lives and to give hope to those who have survived a natural disaster, was created by children from all over Japan, including from Shibuya Ward in Tokyo, Kawaguchi City in Saitama Prefecture, Okinoshima in Shimane Prefecture, Ureshino City in Saga Prefecture, and Sendai City in Miyagi Prefecture. This art was then presented to the children of Jaramijo town, which suffered damaged in the 2016 Ecuador Earthquake. Further, to commemorate the holding of the workshops in Jaramijo town, September 17 has been designated a Day of Art in Jaramijo and every year from now on art workshops for children will be held on this day.

Creation of a Relay Flag 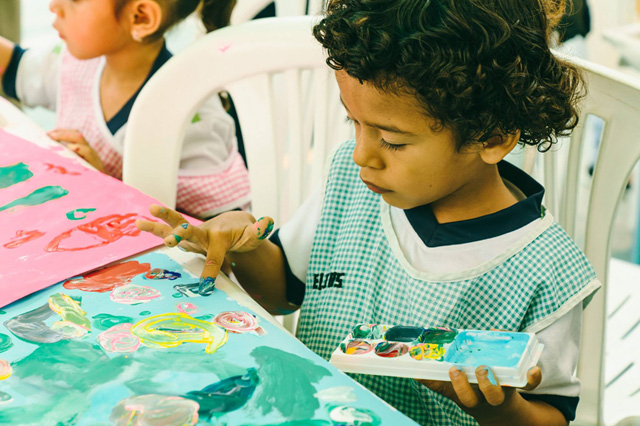 Reflection on the Ecuador mural project 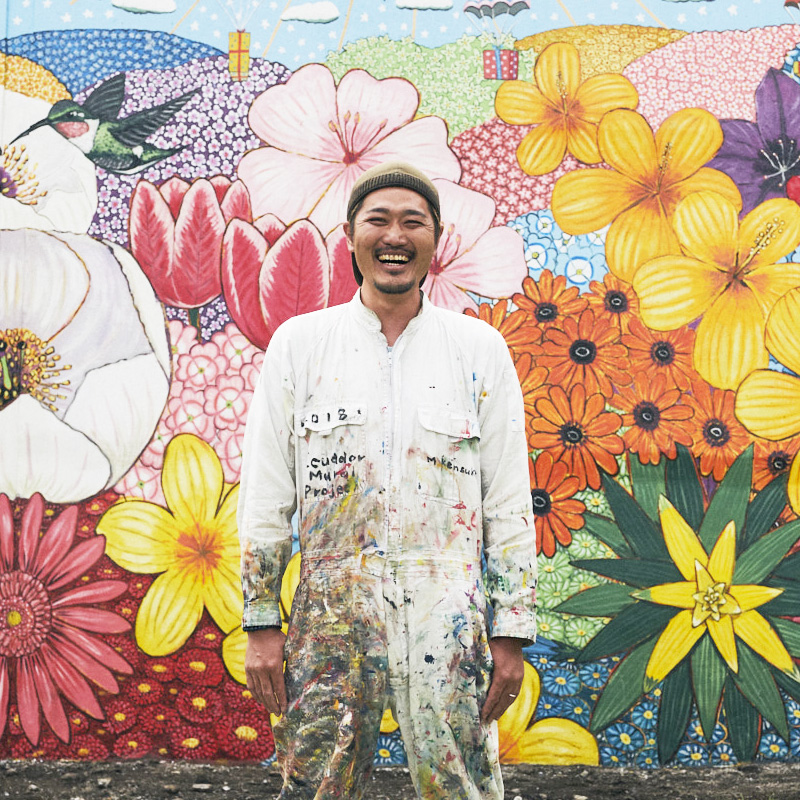 The hustle and bustle of the market out front is all but forgotten and as the heavy door opens, we have a heightened feeling of tension. Our bags are searched and we undergo body checks, then we get a round stamp on our arms. Leaving our passports at the reception, we go through another iron door to where women dressed in orange are performing their morning routines.
“Buenos Dias!” they call out to us as our eyes meet, while one woman who is breastfeeding raises her hand and smiles. Colorful washing hangs jumbled up on a rope tied to a small soccer goal. Someone is talking on a public phone, another is washing laundry – at a glance, this is a commonplace scene. But this is a rehabilitation center and all the women here are inmates.
Currently there are 40 women and their children living together at the Centro de Rehabilitación Femenino, a rehabilitation center for women in Quitumbe, in the Ecuador capital of Quito. This time, Over the Wall created a mural for the children who are being raised here unaware of the outside world. The mural was painted on a wall that can be clearly seen from the daycare facility located at the rehabilitation center. We asked each women to paint a single flower and worked together to create the mural.

“Porque escogiste esta flor? Why did you choose this flower?”

We talked as they drew pictures and they answered our questions shyly. Some answered that they liked the color and some because they were interested in that flower’s symbolism. Even the women who started doing this just to pass the time became more involved as time went on. One woman gave this answer.

“I’m drawing a white flower for my son who passed away.”

She had been carrying drugs to make money to pay for her child’s medical bills and had been caught. Her child died while she was in prison. As she painted the calla lily, everyone stood behind her, breathtaken.
The mural this time was created with the largest number of people to date and it measures 40m in length. It is filled with more than 60 types of vivid flowers and hummingbirds hovering among them. We used motifs from the Ecuadorian indigenous story The Flight of the Hummingbird, with the hope that it will convey happiness to everyone within this facility.
On the day before the mural revealing ceremony, the women gathered together to communicate their appreciation. They were very happy and grateful for being able to draw the mural together and they all began crying. This mural might not be able to be seen by people around the world, but it has reached the people we most wanted it to reach. 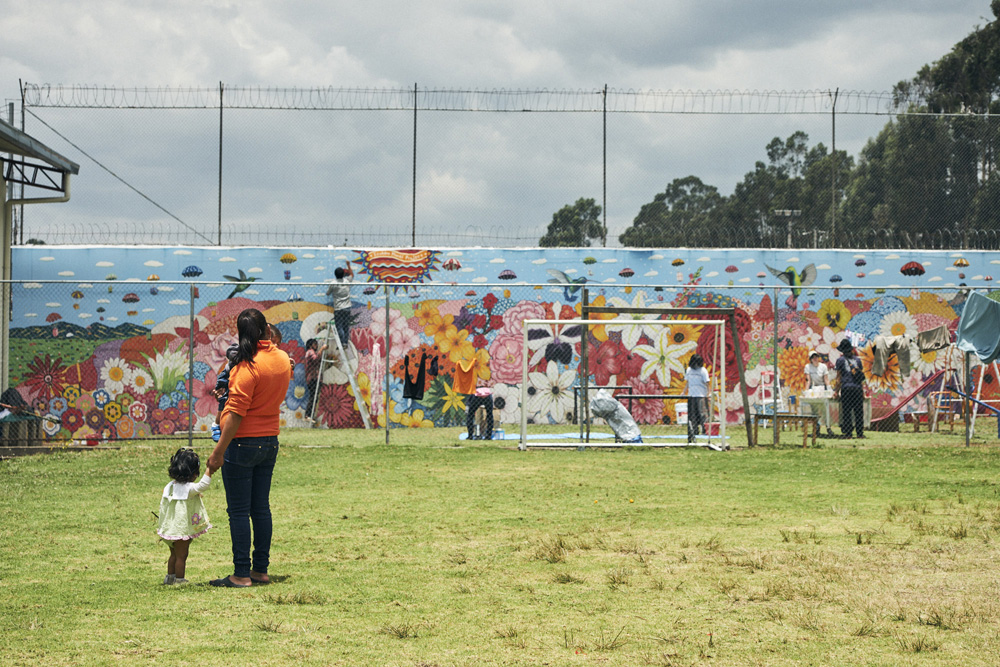