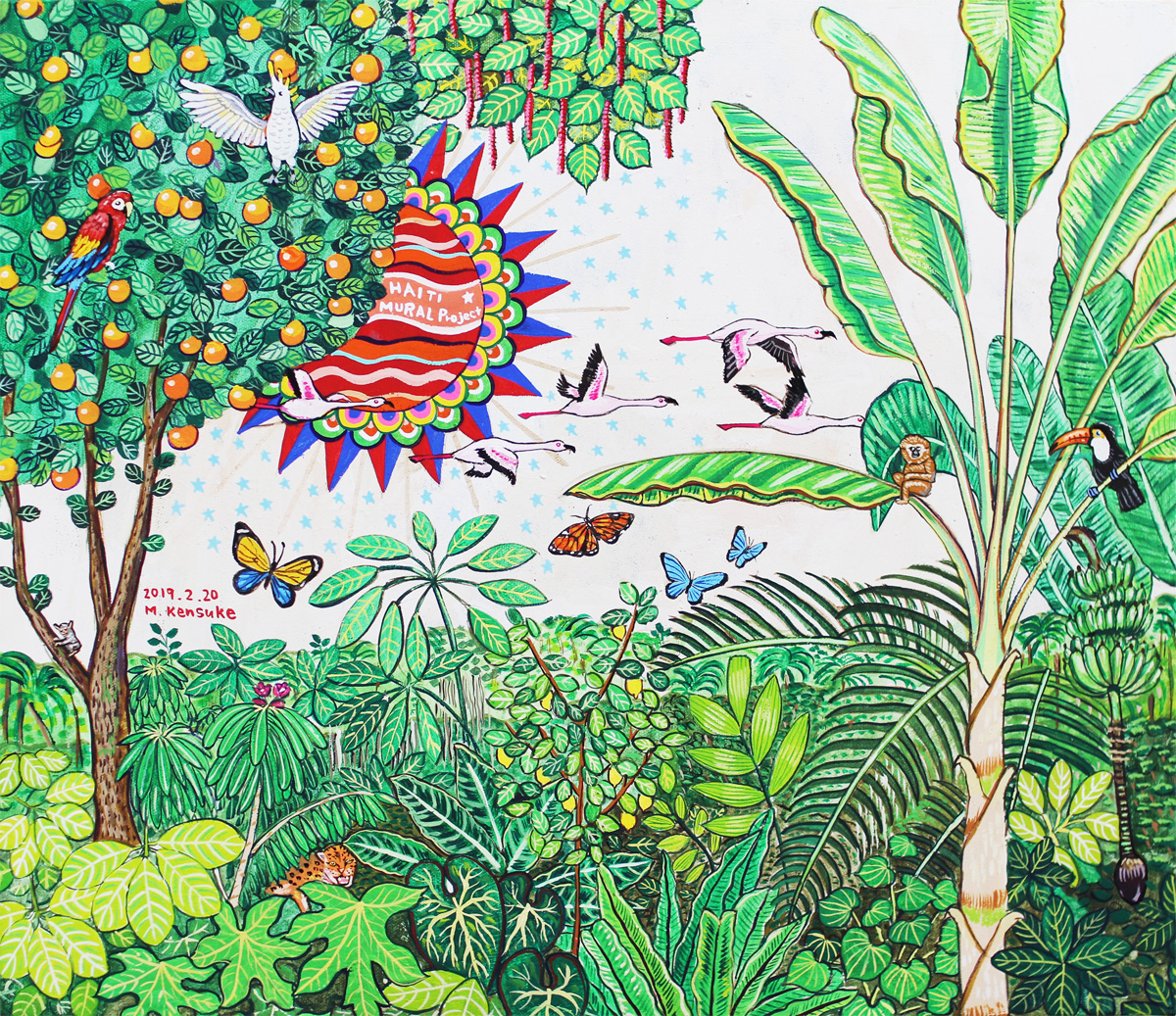 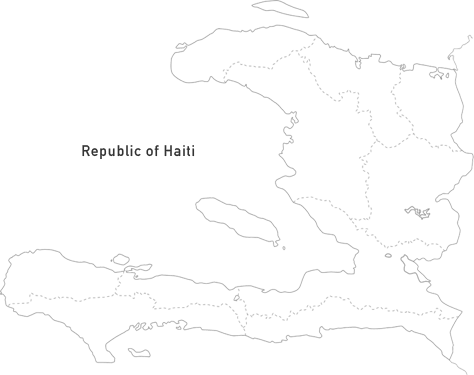 Haiti, which gained independence in 1804, was the world’s first black-led republic. However, it is also a country prone to large scale disasters including the 2010 Haiti Earthquake and Hurricane Matthew in 2016. Although many organizations went to Haiti directly after the 2010 earthquake to carry out support activities, eight years on more and more are having to pull out due to lack of funds and Haiti is known as the country the world forgot.
For this time’s project, we plan to create a mural at a medical institution in collaboration with Medecins Sans Frontieres, which has been providing treatment to the sick and injured in the disaster area, working to prevent the spread of cholera, and distributing daily commodities to evacuees since directly after the disasters.

In consideration of the current circumstances in Haiti, we are thinking of creating a mural that gives the weakest people in society, those suffering from sickness and in particular children who are sick, the hope to live. Currently, there are a number of artworks being created at medical facilities and they have been effective to a certain degree. It has been demonstrated that art makes hospitals a more comfortable space through having a positive effect on patients’ mental health care and when patients participate in workshops, it creates active awareness. Collaborative work has been the concept of our projects up to now at the various locations and therefore our aim is to involve not only the children who are patients at the hospital, but also the doctors and staff in order to create a colorful artwork and make a lively space. The artwork will be created by the children patients, their parents, doctors, and nurses on an equal setting, rather than through their separate positions. We believe this will have a positive effect in the field of medical practice. 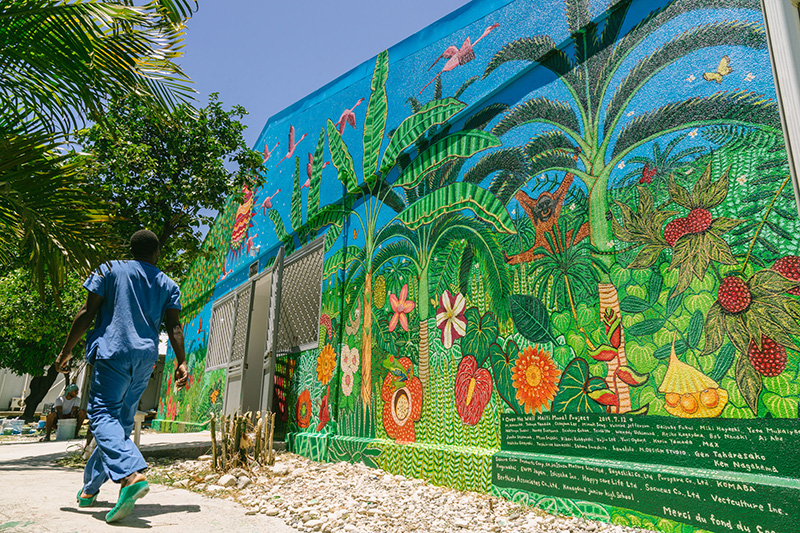 I plan to create a mural inspired by the Haiti folktale The Magic Orange Tree. This tale is part of a special genre of storytelling based on the theme of begging for food and lodgings during the 18th century plantation period and which has been passed down through the generations by master storytellers. It tells of a hungry little girl who finds a magic orange tree that can grow larger and smaller when needed and how she outwits her wicked stepmother.
The setting of this story is in the forest, so I plan to paint a whole wall as a rich forest and feature a fruiting orange tree as a symbol of hope. This time’s mural will be on the wall of a hospital, so I hope it will create a space where the injured and sick can gather to rest and make the hospital a relaxing place. The green of plants is said to have a soothing effect, so my image is to create a calming space that feels as if it were in the middle of a rich, lush forest.
Haitians have a strong affinity with the forest; however, in recent years many trees have been lost due to a vicious cycle of poverty. Further, in consideration of the many natural disasters that have struck Haiti, this can also be a message of coexisting with nature.

Concept image of the completed mural

By painting a rich green forest, my aim id to transform the sterile, bland interior of the hospital into a relaxing environment. I would also like to draw an exciting and fascinating picture on the wall of the pediatrics department. It will have a variety of animals and the children in the hospital can enjoy finding all the different ones. 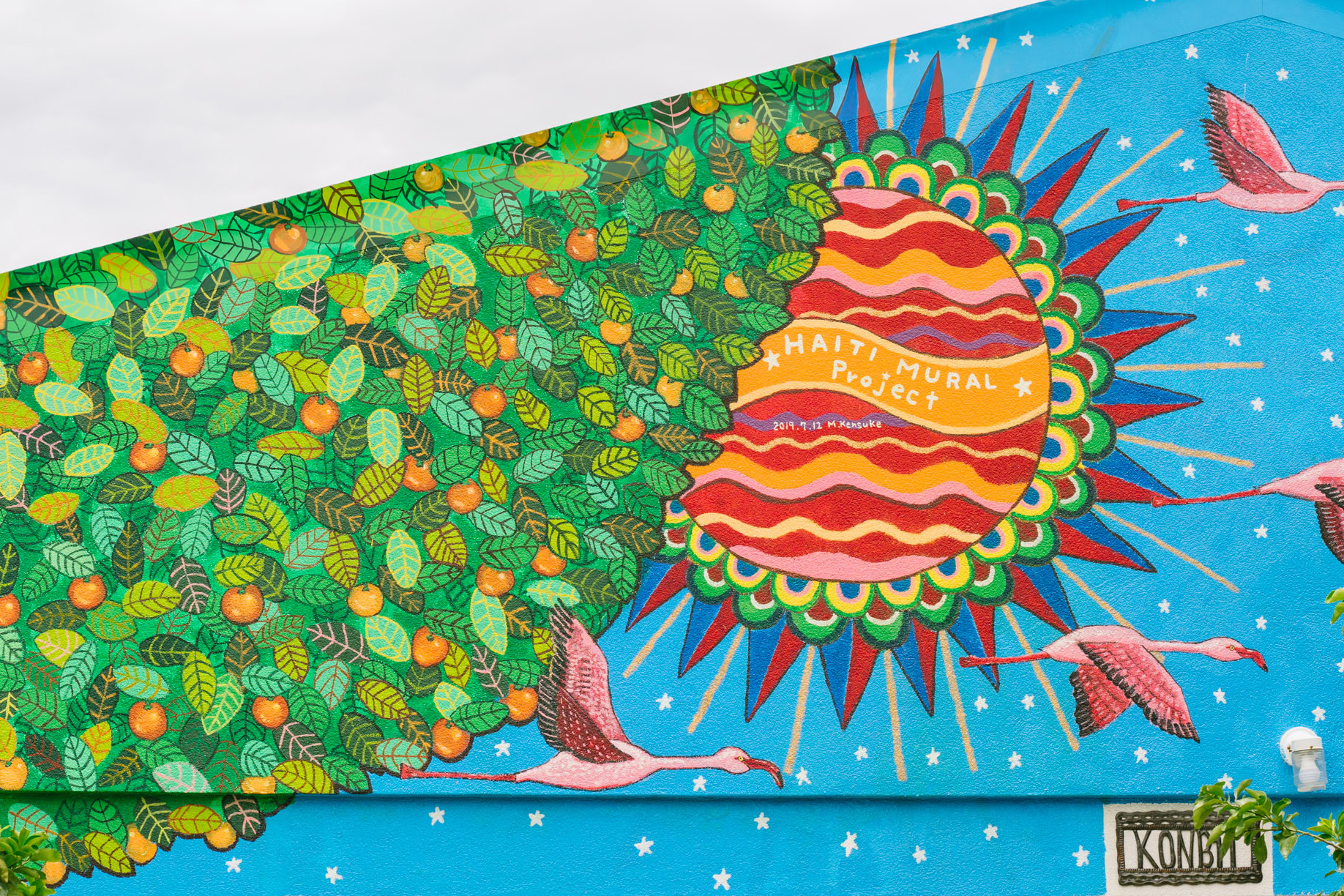 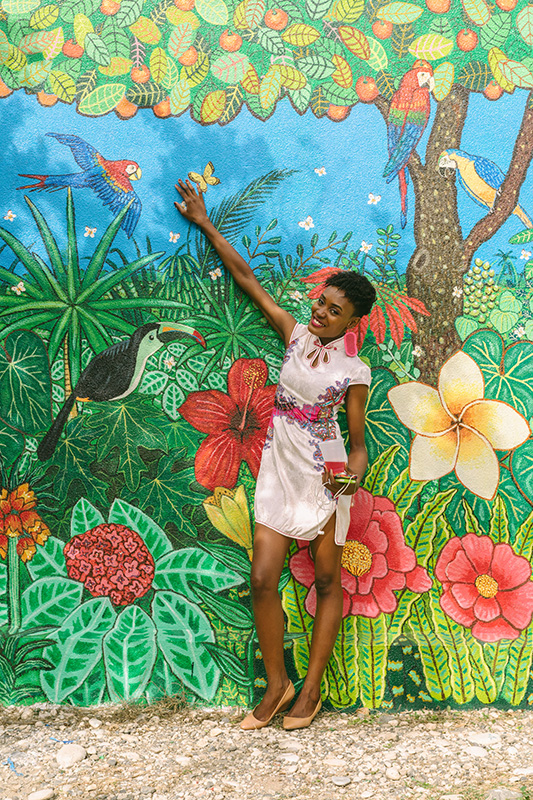 A mural symbolising hope was painted at a women’s rehabilitation center where women and their children live together. 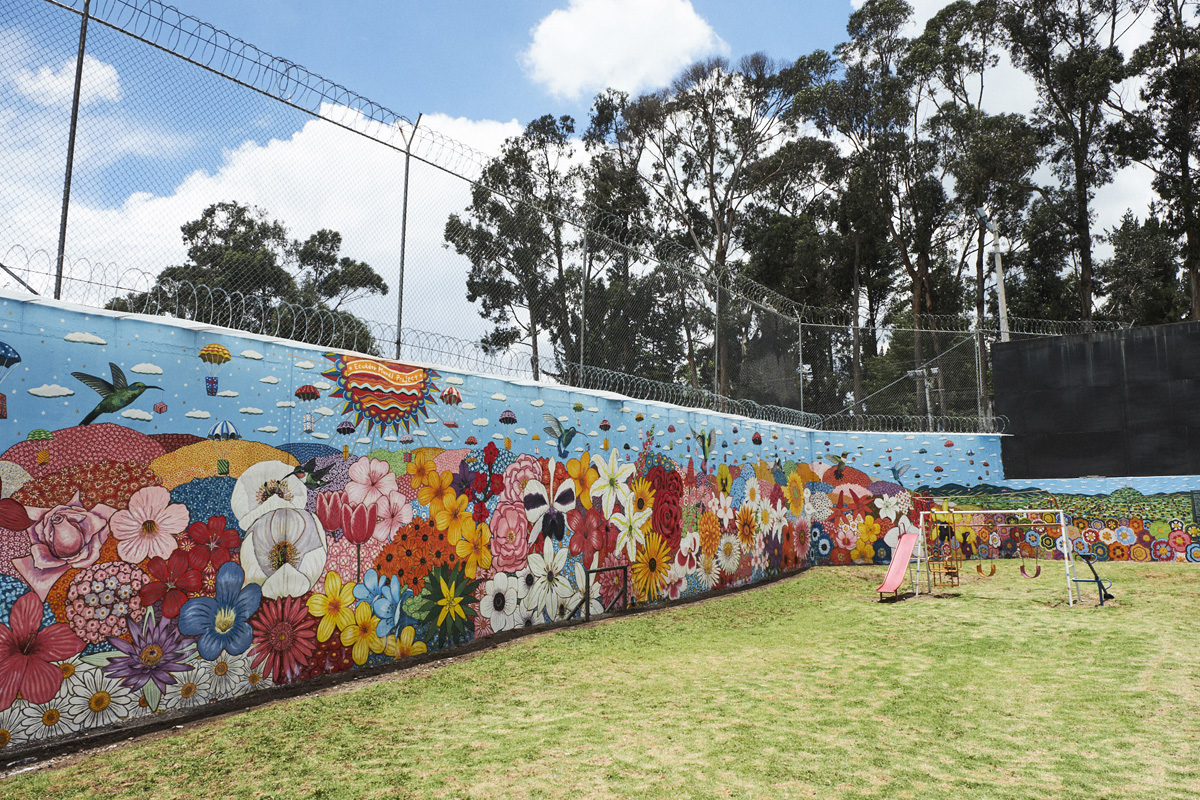 A mural representing peace was created on the wall of a school damaged by war. 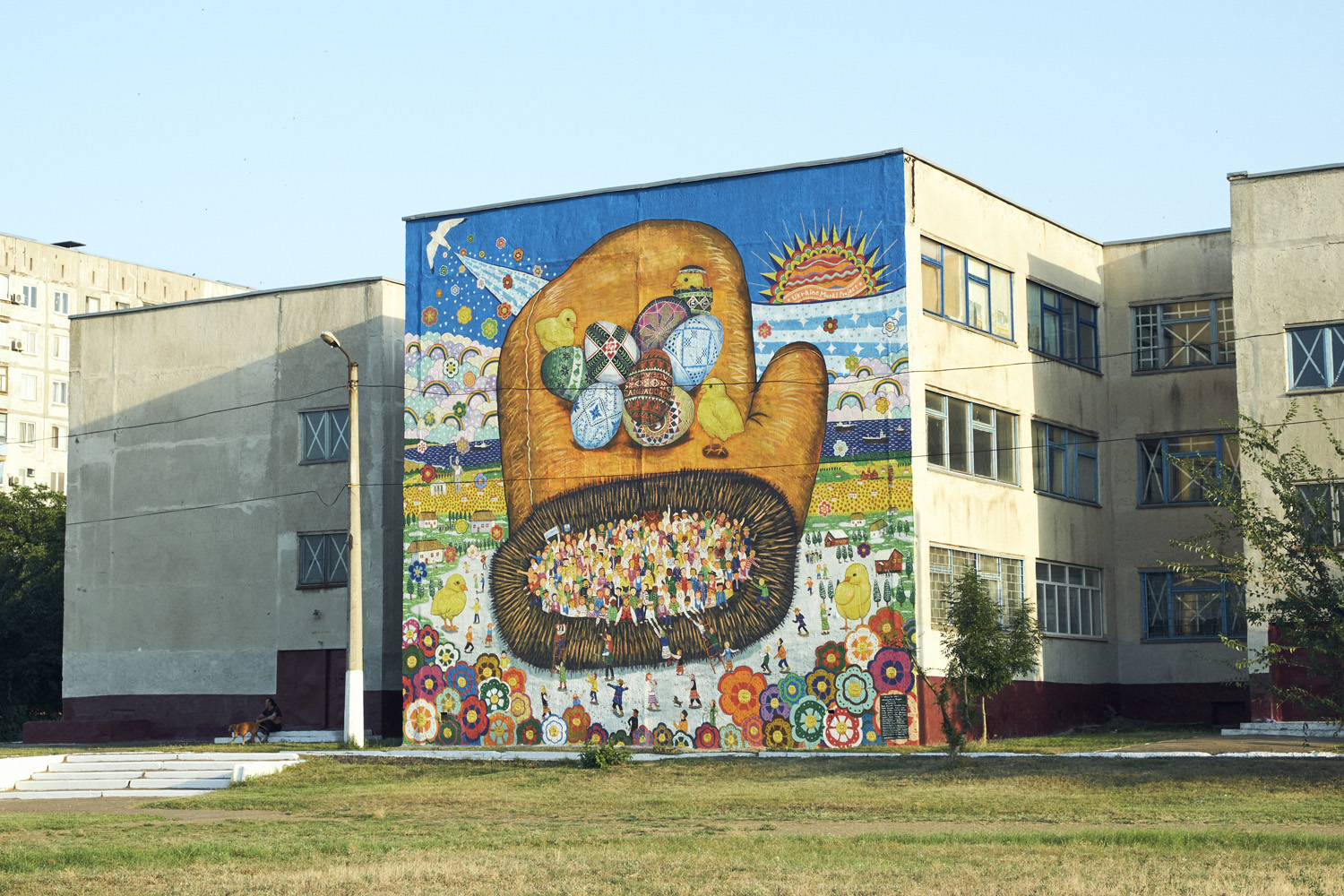 A mural was painted at a national hospital as a symbol of the country’s relatively recent independence.

A mural depicting world famous people was created at an elementary school in the Kibera Slum, home to one million people. 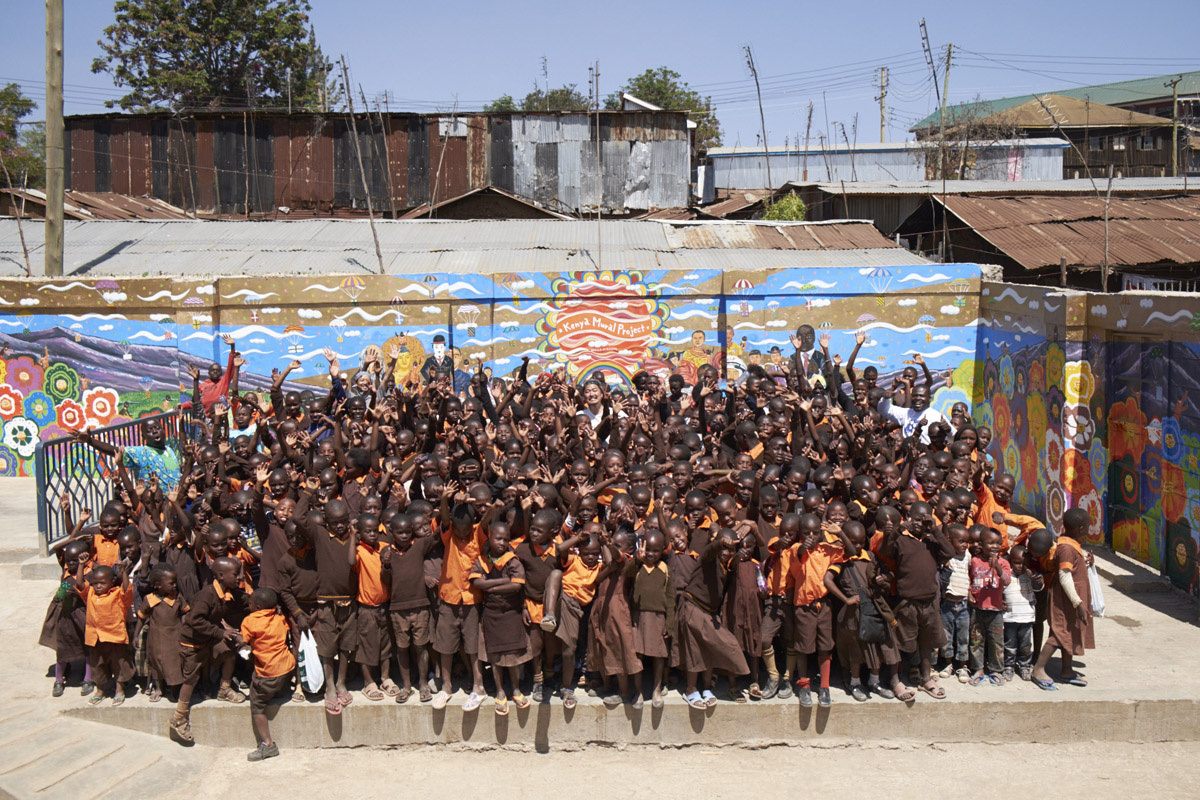 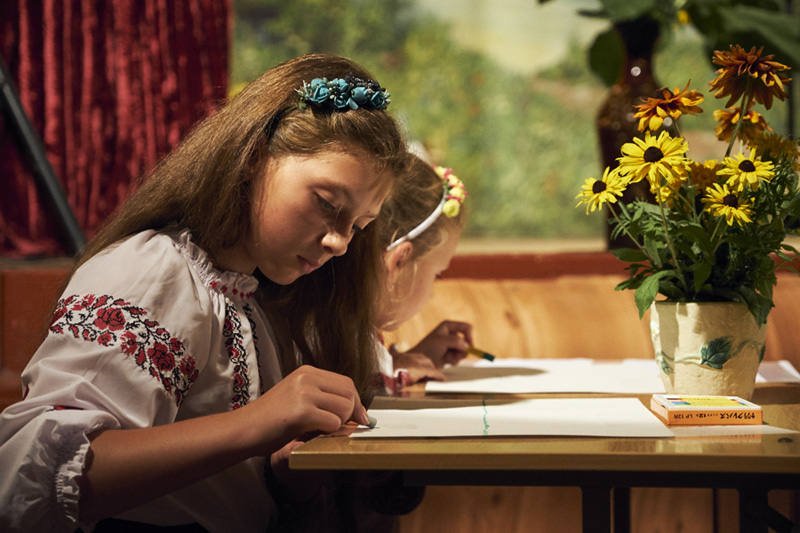 Painting workshops, using materials kindly provided by Sakura Color Products Corporation, will be held for the children at the hospital. The children can express themselves freely and those who draw particularly exceptional works will receive awards. The completed pieces will be displayed in the hospital. 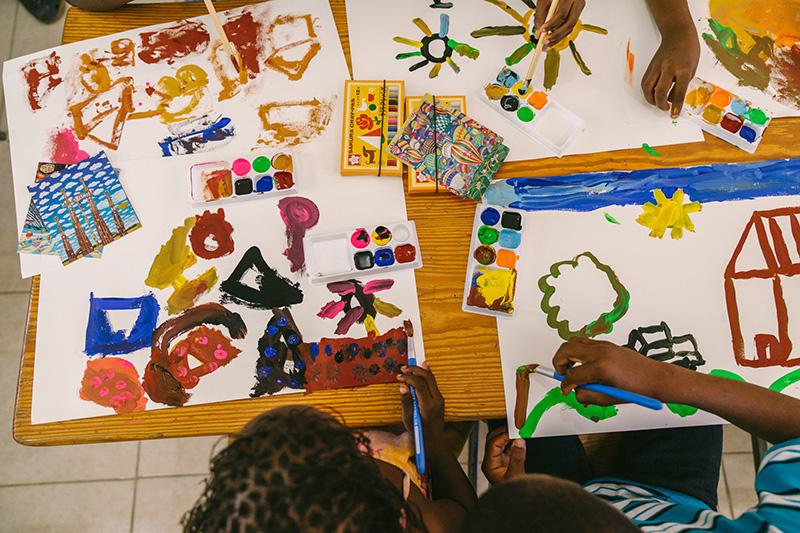 Creation of a Relay Flag

Every year, through the Over the Wall project, a mural is created in a different country and a flag is made to pass on to the children of the next country. During the last project, the children of Jaramijo town in Ecuador created a flag to give to the children of Haiti. A flag is also planned to be made in Haiti to be passed on to children at the next project location.