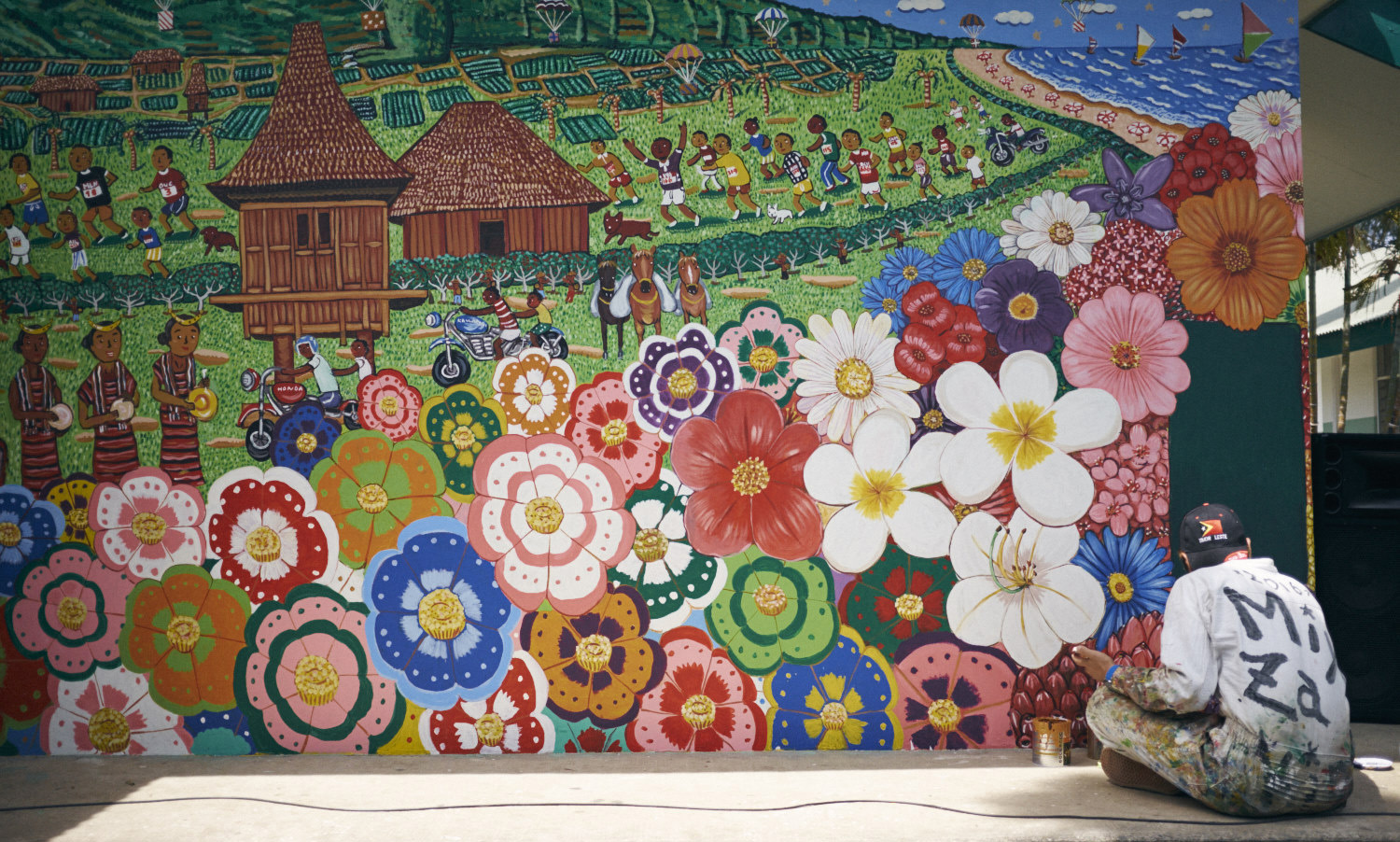 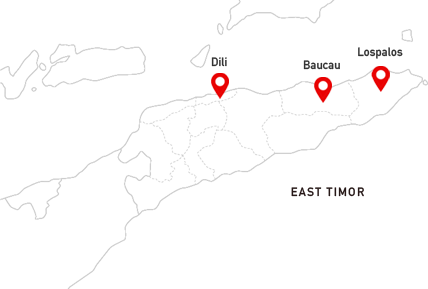 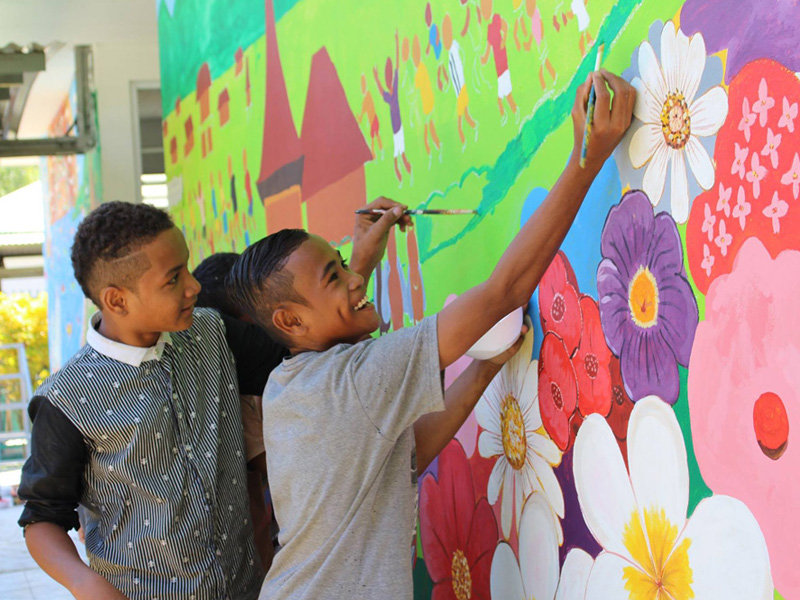 Arranged art workshop as well as comlpeted
painting on a building wall. 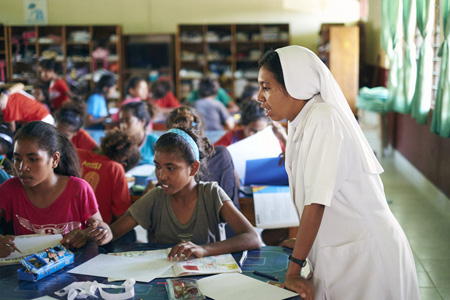 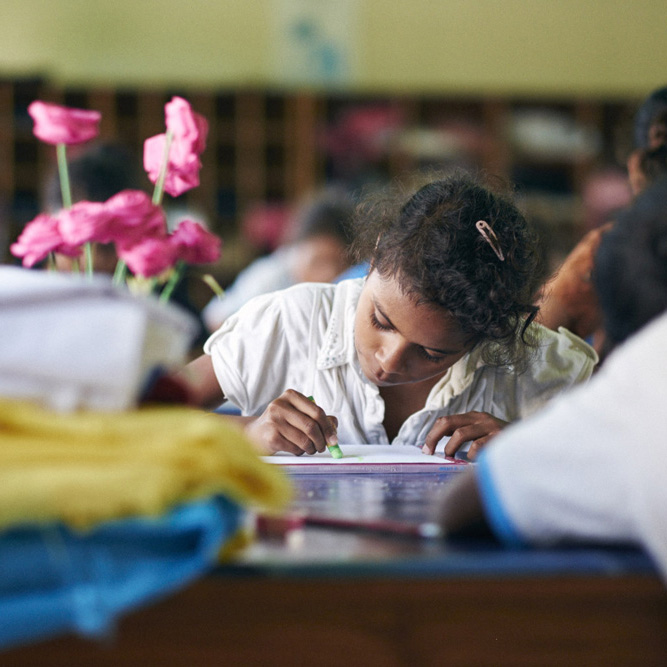 Co-arranged art workshop for 200 students by Over the Wall & Whoop.
Done painting classes and “What were you doing westerday” whorkshop. 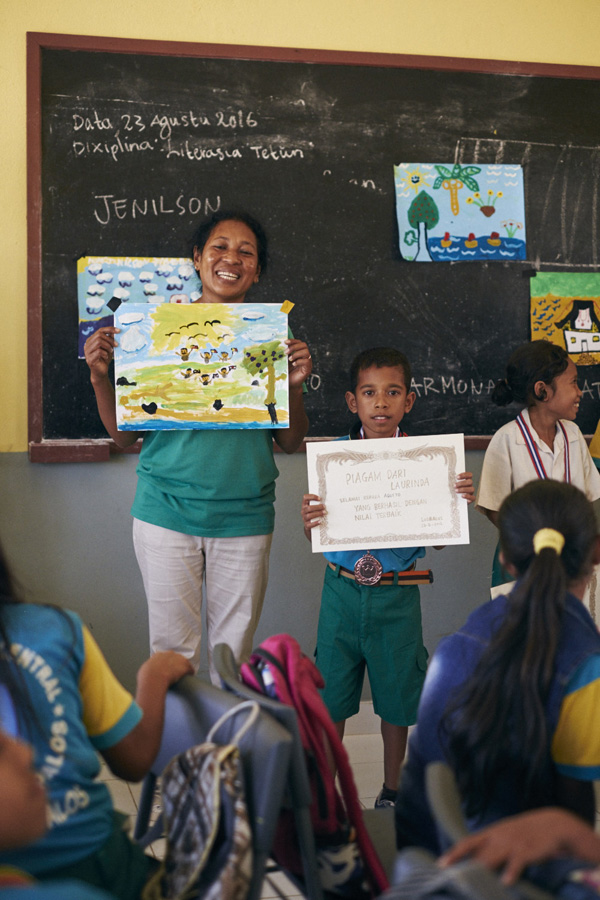 “What were you doing yesterday” workshop

The participants paint on what they were doing yesterday at nine o’clock in the morning, three in the afternoon, and six in the evening. Done several times in Japan,; Nirobi, Kenya; and a village of the Masai tribes. 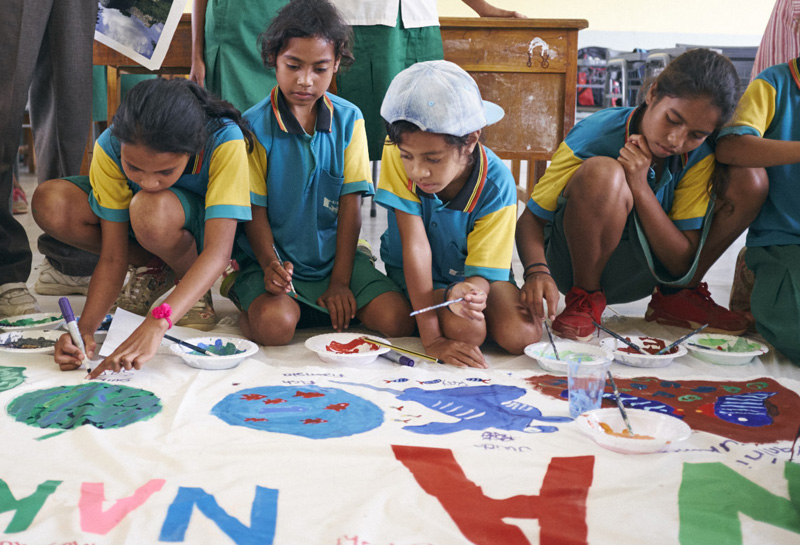 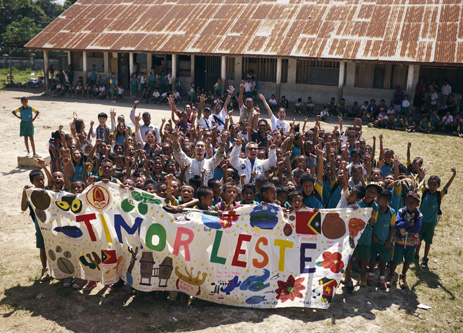 Arranged in Lospalos and Amazoko Elementary School in Nakijin Village, Okinawa as their cultural exchange program. The students came up with 20 themes about the counterpart’s environment. Then , those in Okinawa drew the pictures of Timor Leste while those in Timor Leste did of Okinawa on white flags, and the flags were exchanged as a symbol of their friendship.

Reflection on the Timor Leste project by Kensuke Miyazaki 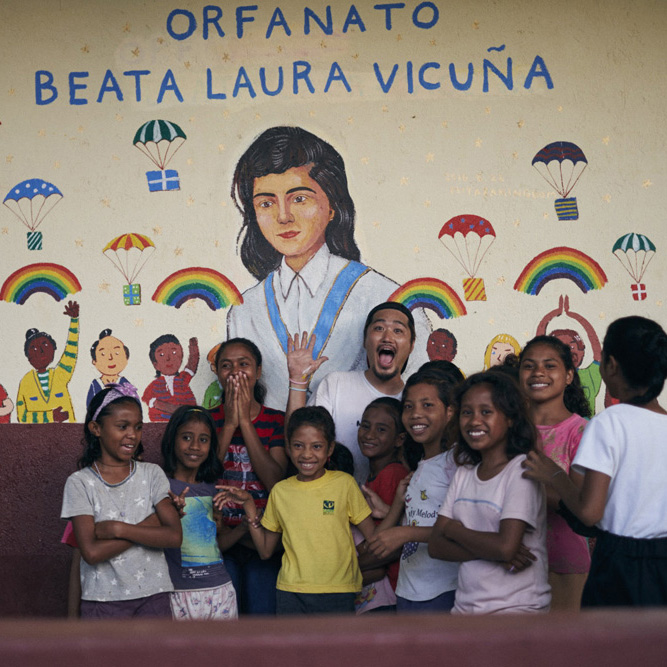 A Beautiful coastline and a Cristo Rei statue standing on the top of a headland in sight, I was surprised to feel already nostalgic about those images as the airplace took me off Timor Leste and started to turn the view around. This year marks the 15th anniversary of the nation’s Independence. The reason why I chose this country which many in Japan think of a long conflect is that one anonymous person I met told me to paint in this youngest state in Asia. I was not actually clear abount its actual location on the world map then. But I decided to launch the next project there, hoping to complete a mural painting which can leave bright impression on the local people during the early period of state-building.
Doing something totally unheard of in a country for my team to visit for the first time, I came to realize two barriers: the difficulties over our project being accepted in a new country; and the deficulties over communicating directly face to face. Eventually, after getting permission to paint the walls of Guido Valadares National Hospital in the capital city of Dili, our team was able to complete the piece with about 10 meter wide in the leafy courtyard within one full week. Each day, a herd of the spectators watching over our work grew larger. They included nurses visiting during a break inbetween examinations, patients stopping by during a walk, patients’ families, and children living nearby.

During a course of artwork making, our mural painting gained cohesion as I started to add the images which the spectators requested me that the Timorese people want to put personally of Timor Leste; the ocean, the traditional house, Tais(Timorese traditional woven fabric), the local festivals, the national marathon race, and so forth. Our conversation often went beyond art and touched on the history, the local myths, the wild animals, and a type of clothing worn during a festival.

During a few weeks, I was able to complete paintings on the walls which a lot of people pass by and see as well as painting workshops for over 200 children. I was able to witness enormous changes taking place for the future in this still new-born nation; moreover, I was moved by the strong determination of the people that they shall overcome the past and move forward. I am sure that this small island state will grow bigger. I just hope that the painting is able to accompany the country striding across. 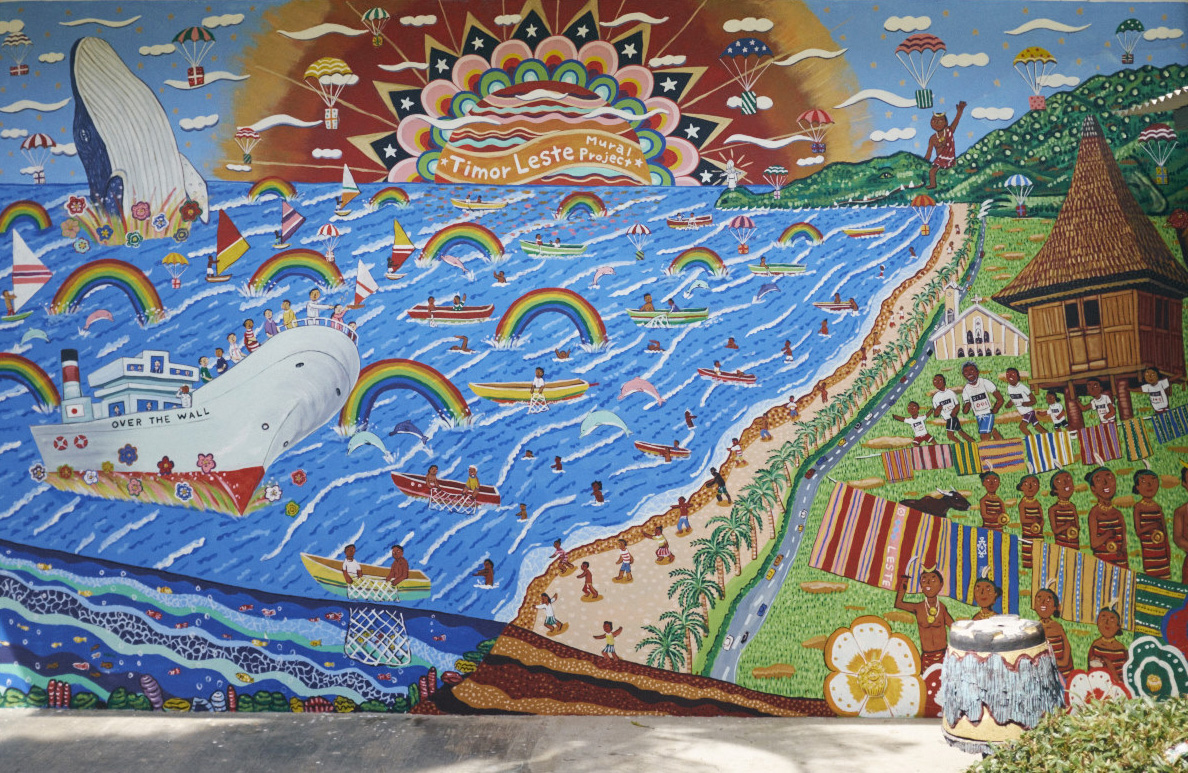 Hosted by: Over the Wall-world mural project